Organizing your photos is an important part of getting your SkyDrive albums just right to show of your work. This means creating albums, moving photos from one album to another and re-arranging the order of the pictures inside an album.

With the many recent updates to SkyDrive the methods and tools for these tasks have changed, so here is a review of these procedures.

Albums in SkyDrive should preferably be arranged in a “flat” hierarchy – no albums inside albums.

Although putting an album inside another is easily done, you cannot upload from Windows Live Photo Gallery to an album that is inside another. The sharing settings of an album will also apply to any sub-albums inside, this might not be what you want. When viewing photos you can step only through the pictures in the current album, there will be no indication that a sub-album is available.

That said, albums inside albums will show slide shows of their photos on their tiles – charming to say the least.

You create an album in SkyDrive that is located in the current album of folder. See Photos and Albums in the New SkyDrive – uploading for details on creating an album and uploading photos.

Moving photos from one album to another in SkyDrive is fairly easy for one photo. Unfortunately, there is no way to select multiple photos to be moved, so the procedure has to be repeated.

you wish to move, it will be shown large. If you don’t see the info pane on the right, click on the left-pointing arrow in the upper right. In the info pane are a number of links. To move a photo to another album, click Move. If you wish to copy a photo to another album, so that you will have the photo in the current album as well as in the destination album, click Copy. The remainder of the procedure is the same for moving or copying. The next page presents a list of all the folders and albums on your SkyDrive. Click on the destination album. If that album contains more albums, you will see them on the next page.

Note the choices: Move this file into …, New Album, and if there are additional albums they will also be shown. You can create a new album at this step. Click the Move this file … (or Copy this file …) when the desired album name is shown. After a short delay, while the action is performed, the destination album will be opened.

Above the thumbnails you can see a message describing the action just performed. You can also see the path of the current album. Click on the a album name in the path or SkyDrive to get to another album.

You can move albums around just like photos. In album view, when thumbnails or the contents list are displayed, the info pane offers a Move command. This works just like the move process for a photo, except that the entire album can be moved to another album. You cannot copy an album – something not normally needed anyway.

NOTE: This is not available for primary albums, only for albums inside albums.

Note that there is also a Rename command to change the name of an album.

When a photo is displayed by itself, the info pane also offers a Delete command. This works just as you would expect.  A delete confirmation is required, there will be a message dialog about like shown here. It advises that you are about to permanently delete an item from your SkyDrive and you have the option to click OK or Cancel.

When in album view showing thumbnails there is not a delete command option in the info pane. I have wondered if this is intentional or an oversight.

The procedure for deleting an album requires an couple of additional steps. Above the thumbnails in the upper right area, there are a couple of icons, one offers Thumbnail view, the other Details view. Click the Details view icon. You are now presented with a list of the contents of the present album (or SkyDrive). Move the pointer to  the album that you wish to delete. While the pointer is on the item line, to the right of the entry there is a “Show information” icon,

. Click this icon. The info panel will provide information for this album and also include a Delete command.

You may wish to arrange the photos into a particular order. In SkyDrive is is easily accomplished. Any time you are in an album the info pane includes an Arrange photos command. If you have Silverlight installed and are using the 32-bit Internet Explorer or another browser, a very neat drag-and-drop method is available.

With the pointer over the thumbnail you wish to relocate, just press down on the left mouse button and drag the thumbnail to the desired location. Note how the thumbnails move apart to make room for the newcomer. The thumbnail in the original position will fade out.

There is another method. It is the only one with 64-bit Internet Explorer or if Silverlight is not installed. It may also be the only method by the time you read this, as continuing changes to SkyDrive are released.

You can also bring up this alternate method by clicking “standard arrange photos page”. This method may seem complicated at first view. Each thumbnail has a number and you need to renumber the order. It is easier that it appears.

The instructions are to number the photos in the order you’d like them to appear in your album. Note the number of the photo where you want to place another photo. Then replace the number in the number box of the photo to be moved – it is a plain text box, you know how to replace and type text. In the illustration here, I want photo 6 in place of photo 5. So I enter 5 in the box of photo 6. Press Enter and the photo instantly is relocated and the thumbnails are renumbered. The procedure is not as pleasant as drag-and-drop, but just about as fast.

SkyDrive is a bit different in the way things work, but after some practice you will be proficient in organizing your photos so you can show them proudly.

11 comments on “Photos and Albums in the New SkyDrive – organizing”

This site uses Akismet to reduce spam. Learn how your comment data is processed.

Changes – they are a coming! Yep, the new decade is here and it is time to re-organize, redo, improve, simplify and whatever it takes to remake Cafe Ludwig into a new experience. It will take some time to adapt to the new tools, requirements, and expectations. Bear with me, it may take a bit … END_OF_DOCUMENT_TOKEN_TO_BE_REPLACED 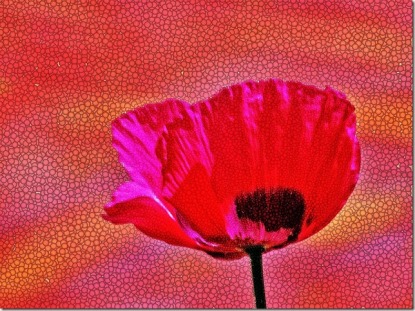